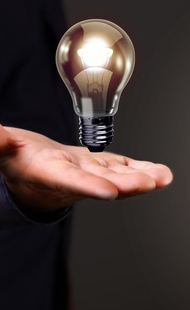 The goal of tort law is to return the victim to his/her position prior to the tortious act or conduct. In cases where the Plaintiff has pre-existing medical conditions the “thin skull” and “crumbling skull” rules are used to help determine causation and damages. To understand these rules, it is important to look at the Supreme Court of Canada’s decision in Athey v. Leonati, [1996] 3 S.C.R. 458.

Mr. Athey had a history of back problems. He was involved in a motor vehicle accident where he sustained back and neck injuries. He was involved in a second motor vehicle accident two months later. On advice from his doctor, Mr. Athey went to the gym, but during some warm-up exercises, he herniated a disc in his back. Subsequently, he could not return to his previous job and was required to take other employment with lower pay. Did the Defendant driver cause Mr. Athey’s disc herniation and resulting damages; is the Defendant driver fully liable for the resulting damages.

The thin skull rule holds the tortfeasor liable for the Plaintiff’s injuries even if these injuries are made more severe due to a pre-existing condition or vulnerability. There is a general principle in tort law that one takes their victim as s/he find them. Even if the average person would not have suffered as extensive or serious injury as a result of the tortious act or conduct, the tortfeasor is liable for the full extent of the aftermath. This is because “but for” the Defendant’s tortious act or conduct, this type of Plaintiff would likely have gone about their life as normal. They were dealing with their pre-existing condition or vulnerability. It was not affecting their life in an important way or they may not have been aware of it at all (asymptomatic). For example, some victims can appear to be average and well-functioning, but may have suffered a past trauma, be it physical or psychological. In such cases a triggering trauma, such as a motor vehicle accident, can affect them much more severely than someone who has not suffered any trauma in their past. We call these victims “thin skull Plaintiffs”. The thin skull rule not only applies to physical injuries, but psychological as well.

Whereas the thin skull rule works to allow a particularly vulnerable Plaintiff to recover damages in full, the crumbling skull rule addresses the situation when a person’s pre-existing injury or condition was already affecting their life prior to the Defendant’s tortious act or conduct or likely would have started to affect their life regardless of the act or conduct. The objective of tort law is to return the victim to their pre-tort position, not a better position. While the Defendant is liable for the damages they caused, they are not responsible for any effects from a pre-existing injury or condition the Plaintiff would have experienced regardless of their tortious conduct. Therefore, where there is a discernable risk that the Plaintiff would have suffered the same injury even without the Defendant’s tortious act or conduct, damages are reduced for the difference between the Plaintiff’s injured position and their original position.

To bring this back to Mr. Athey, the Court found that “but for” the accident he would not have sustained the disc herniation. Although he would have lived subject to the constraints of his back problems, the accident was what aggravated his pre-existing condition. Even though the Court found 75% of the disc herniation could be attributed to Mr. Athey’s existing back problems, they held the Defendant 100% liable for damages.

The Athey case shows that a Plaintiff can successfully claim 100% of his damages if the Defendant’s tortious act contributed to the Plaintiff’s damages. That contribution need not be more than 50%.

CALL US NOW FOR A FREE CONSULTATION! WE WILL COME SEE YOU!